Many will be familiar with the 3 prototypes for the TA 21 being based on the TA 14. Only 3L3 is still with us and currently being lovingly restored in the Netherlands. 3L2 was an interesting project being more aligned to an Estate car and these are some interesting photos of her in the Service Department of the Alvis factory. The interior shot is particularly rare. She was run by Captain Smith-Clarke as his personal car. 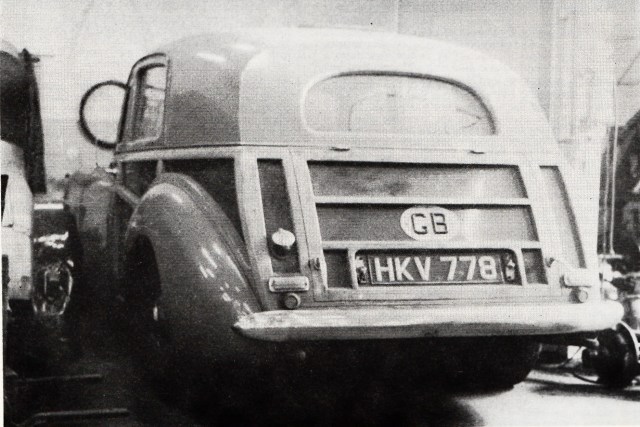 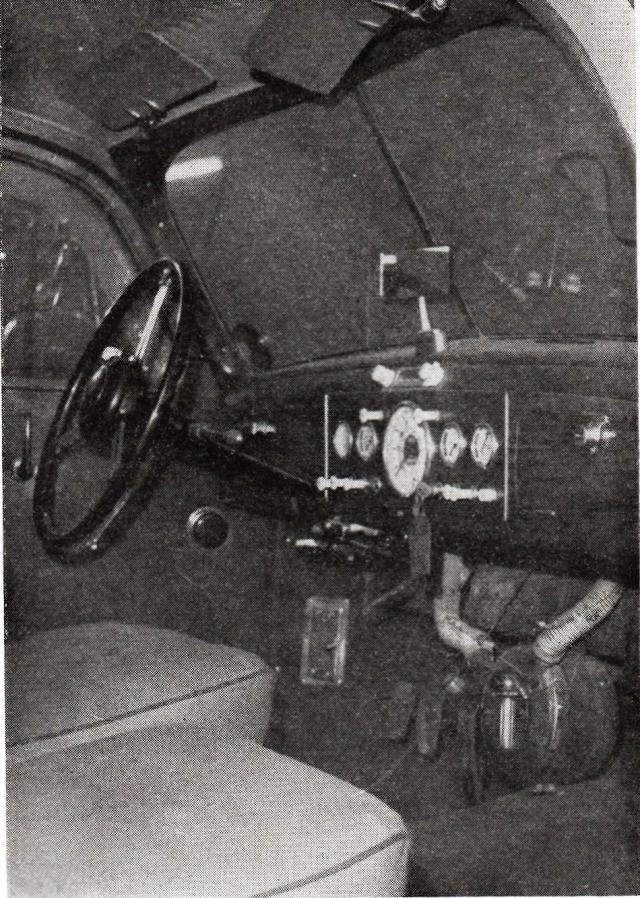 On the subject of Smith-Clarke his nephew George Clarke wrote his memoirs and AOC Bulletins 509 and 510, 2008 make a lengthy and fascinating read. The Bulletins are available on the Alvis Archive Trust Disc from the early 1950s.

Fascinating to read of these wartime activities as an apprentice at Alvis whilst in the Car Service Department and Chemical Laboratory.

‘Towards the end of my time in the (Car Service) department, I was given the task of sawing through the front beam axle of a pre-war 12/70, to enable a 4 inch extension to be welded in to increase the track of what became the prototype TA 14.’

A further story, not TA 14 related describes his time in the Chemical Laboratory.

‘One day Mr Griffin told me and another apprentice in the department to dispose of some surplus sodium, but he did not give us precise instructions as to how to do so. We cut up the sodium into small pieces and then we threw them individually into the stream, just outside the bottom of the site, where it went through some allotments. We had a great deal of fun as each piece exploded when it hit the water. A few days later we were hauled into Mr Griffin’s office to be severely reprimanded for the damage we had caused to the vegetables growing nearby. Tiny pieces of the sodium had been sent flying into the air and had deposited themselves on to the vegetables, eventually destroying them.’ Happy Carefree Days!

The photographs included in the Articles show wonderful shots of the factory.

Possible to cross reference TA 14 development with comments made in a long article in Bulletin 520. This time the memories are those of Ken Jones who had 43 years at The Alvis.

‘During 1944, ideas for a new post-war Alvis car began to circulate. To re-start 12/70 production was impossible because the drawings were lost and the body jigs and fixtures disappeared. However Arthur Varner, Manager of the Coventry Alvis factories, anxious to get things started, hand picked some car-men to modify a 12/70 chassis as the basis for the prototype, and Ken was engaged to machine some fabricated components.’ ‘Van den Plas subsequently created a quarter size model for the body but because war was still in progress, all these developments that would result in the TA 14 were hushed up. Interesting that we still refer to our cars as Post War 75 years on. Talking to a retired soldier in Louisiana he talked about things past war and suddenly the penny dropped, he meant the Iraq War!

Newer owners may not recognise some of the names of Alvis People in the 1940s. This photograph below of TA 14 rolling chassis show a group of the major players at the time and very helpfully identified. 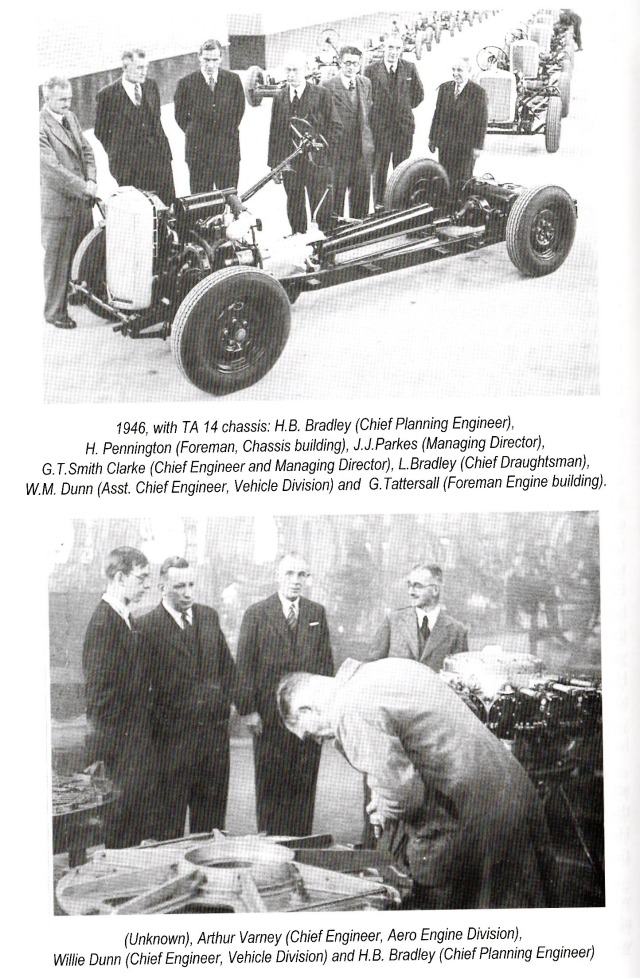 The attractive Carbodies up for Auction with Mathewsons (Bangers and Cash) was sold, final price all inclusive £20156.

A restored Mulliners is to become available for sale in South Africa, I can put any interested party in touch with the owner.

Additions to the Technical Data and Diagrams is the highly regarded Brake Manual produced some years ago. An essential for our cars with the last Rod Braking system produced by Alvis. We hope to get some copies printed off in the summer to be available for sale with profits to the Alvis Archive Trust.

Early warning that a serial TA 14 owner based in Wigan, is about to start preparing a substantial list of TA 14 spare parts to be sold. Prior to cataloguing, some are available now and anyone interested in the following spares now should contact me and I’ll put you in touch.

I engine, not seized. 2 heads.

Passing on from spare parts imagine the joy of placing an order for a brand new TA 14 Tickford Drophead. The following Article describes the transaction and some early usage of the car to give us a great flavour as to ownership and running of a new TA 14.

Hopefully the progress being made against Covid 19 will mean some resemblance of normality will be returning soon.

This entry was posted in Uncategorized. Bookmark the permalink.